There is definitively a small but growing trend of new forms of financing for early/mid-stage tech companies. As a founder and bootstrapper, I feel like I saw the opportunity before I understood why it was there. I wanted to lay out the simple macro framework for why I believe this is just the beginning of a huge shift in how we fund startups.

Anil Dash and many others argue that there is no “technology industry” and that the label is too big to be useful.

There is no “technology industry”. A label that’s too big to be useful, and why you shouldn’t buy your own mayo. https://t.co/cP63Mw0NEh

Premise 2: Most companies (tech or not) are not a fit for VC and don’t have alternative options.

And yet there is this totally out-sized relationship between tech companies, which most new companies are, and venture capital, which is definitionally not a fit for the vast majority of companies. So every founder building in software/web/tech thinks they should raise VC when in reality almost none of them should.

To clarify, I don’t mean that VC gets replaced (still plenty of opportunities there) but that a new form of capital needs to be become the *default* for software/web/mobile companies, even as a small % will still be better served by VC. https://t.co/w2zfFlJGQs

But what should they raise? What about debt.

My father took out a loan in the 70s to start his business. That’s how most of the small business entrepreneurs from that era got started. You took out a loan, bought property and equipment, started your business and if you failed the bank foreclosed on your building and equipment, and depending on the loan, maybe your house and personal assets. Seems pretty risky to me but at least it was a well-known pathway to capital for entrepreneurs starting new ventures.

The problem is most tech companies don’t have collateral and you simply can’t get a loan at the earliest stages.

My theory: early-stage capital. Most SMBs are relatively capital-efficient, asset-light, tech/tech-enabled businesses in some way now. Not enough assets for a bank loan, not scaleable enough for VC. It’s easier to get $1m to open an Arby’s than $100k to build a Micro-SaaS. https://t.co/OM5MS43ACZ

We’ve seen a precipitous drop in new firm startup rates since the early 2000’s. I don’t think my theory here is fully explanatory, but I think part of the problem is the fact that there is no good default financing option for entrepreneurs.

Why it’s all happening now

How did we end up in this position? Jerry Neumann, argues persuasively in this post that we are now in the Deployment Age of the internet/web/mobile technology cycle. This is an application of Carlota Perez’s theories in Technological Revolutions and Financial Capital. This podcast is excellent and compelling that we are past the age of bubbles, crashes, and winner-take-all opportunities specifically in the internet/web/mobile sector. We now get to deploy all the new productivity gains of the web to a ton of new sectors in a much lower risk way.

In particular this section: pic.twitter.com/GcEpMucLea

During this phase, new kinds of capital are needed with a different risk-return profile. The easiest comparison for me to wrap my head around is this quote from the post describing the creation of tons of new forms of consumer credit starting in the 20s.

Venture capital, as we think of it, is primarily a feature of the current cycle. Other cycles had other funding mechanisms. E.g.:
The consumer boom of the 1920s was financed through a vast expansion of credit, with personal debt nearly doubling as a proportion of income. And since banks did not make consumer loans, new lending channels had to be created. These included installment sales finance companies (such as the General Motors Finance Company founded in 1919), retail installment lenders (particularly department stores), licensed consumer finance companies (such as the Beneficial Loan Company) and Morris Plan industrial banks4.

This is just the beginning

Thus we find ourselves in a moment when there is vast demand to fundamentally re-define the default form of capital for entrepreneurs. It’s an exciting opportunity and a great time to be both an investor and a founder in this space.

We need to view the @indievc v3, the Shared Earnings Agreement (https://t.co/Qj6w4kOGFp) and others as a search for a new default way to fund real businesses, not an alternative to VC. 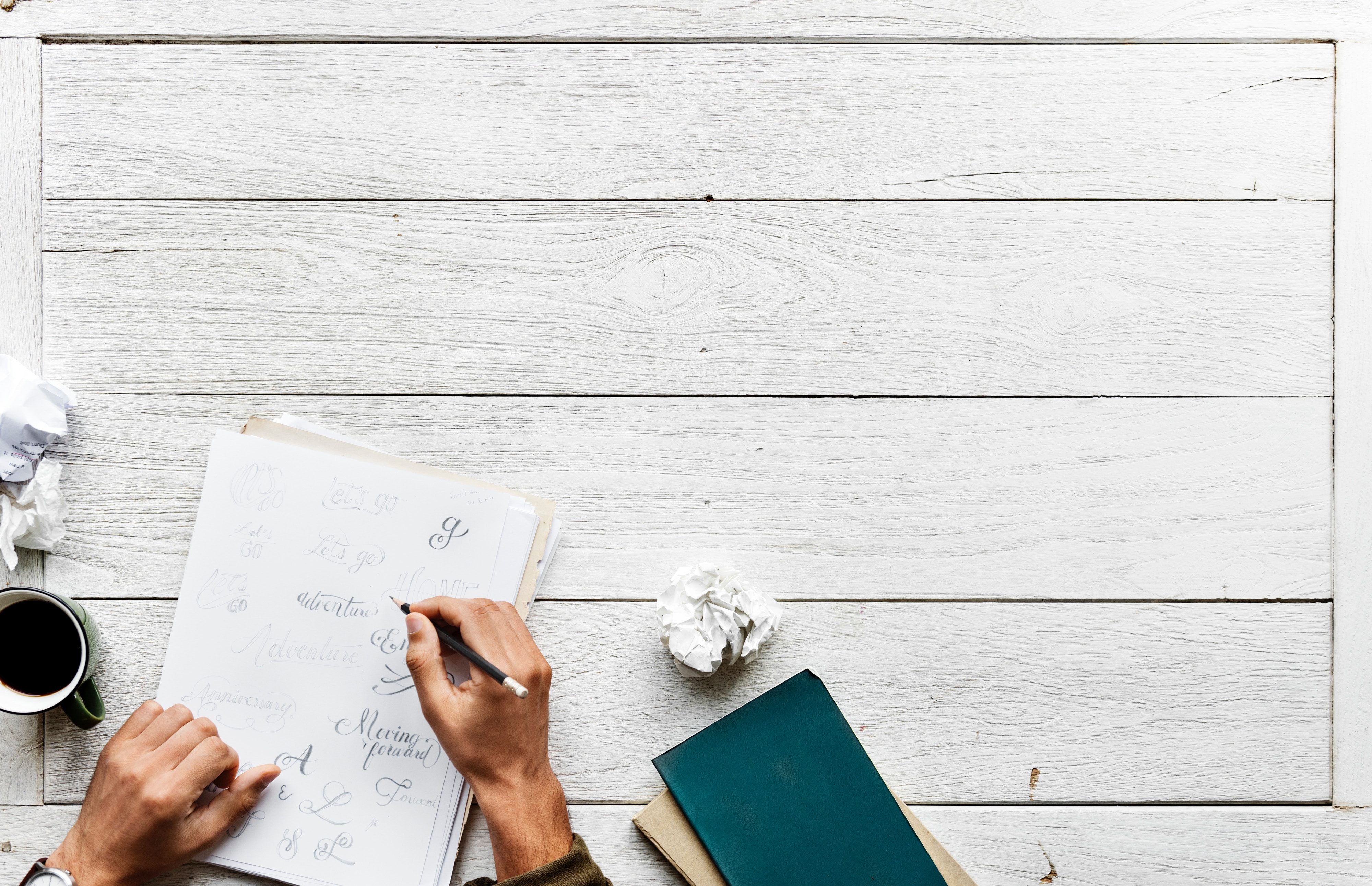 I recently tweeted one of the best growth/product strategies I know:

It’s basically free and can improve almost every aspect of your business if done well. The first three parts are basically good content marketing: interview your customers and learn, post content that highlights them and makes them feel good, and make it easy/beneficial for them to share it their audience. The last piece is what really closes the loop by pulling the best practices from your star current customers into a reusable template (or at minimum a short how-to guide) that your new customers can use to get started.

In the replies, there were several examples of companies doing this really well like:

Ben Orenstein also pointed out that Case Study Buddy is a productized service that offers something quite similar to what I had in mind.

But there’s another level to take this dynamic: create branded templates and use cases from your star customers.

It’s a bit oblique, but this is inspired by what Calm, the meditation app, does by bringing on guest stars to augment their core product: like having Stephen Fry or Matthew McConaughey read stories to help you drift off to sleep.

Airtable does a great job of saying “hey our users are using our product to make a CRM, let’s make a CRM template they can use” but what if they worked with a well-known VC super-connector to design the Jason Calcanis CRM template based on how he manages inbound contacts. Instead of “Content Calendar” they worked with Recode to produce a “how Recode does content scheduling template.” Email marketing software could have built-in templates in collaboration with top brands or well-known educators who build courses and systems. If your product can be themed, work with a few top designers to add extra credibility to your base themes (pay the designers or give them affiliate commission). This doesn’t work for every product, but I think it would be a winner for quite a lot of them.

PS – it’s a new year and like everybody, my pseudo-resolution is to write more. So be prepared for more half-baked ideas like this getting out of my head and into your feed.

In 2019 I’m transitioning into the role of an investor at Earnest Capital. Since we soft-launched in October with a call to collaboratively build investment terms for “funding for bootstrappers” I have received 100x the normal volume of emails that I’m used to processing. Looking forward it seems clear that being an investor in early-stage startups means becoming a professional emailer. As I’ll be spending most of my day in email1, I thought it would be a good idea to explicitly state my email preferences somewhere I can link to.

This should simply be viewed as a list of my preferences, not some list of demands that must be complied with in order to email me2.

Things I think about email

We all spend so much of our lives writing and reading emails. Many people have radically different styles and preferences. I wish more people would explicitly write out their email preferences. Eventually, we’ll categorize and group them into themes like a Myers Briggs for email. So just as you can short-hand with “I’m an INTJ” and confer a lot of information on how you prefer to interact, you can say “I prefer my email as Correspondence” or “I’m an aggressive Inbox Zero-er” and confer a lot of the preferences above. I view my email preferences as Correspondence in reference to how people used to communicate when hand-delivered letters might take months to be delivered by ship. You had to be thoughtful and clear and close as many open loops as possible.

Okay maybe not kill it, but we have seriously stretched its meaning to point of uselessness. We need some new terms that are more accurate and meaningful.

END_OF_DOCUMENT_TOKEN_TO_BE_REPLACED

Ira Glass, the creator of the radio program This American Life, has this famous quote that’s worth reading in its entirety:

“Nobody tells this to people who are beginners, I wish someone told me. All of us who do creative work, we get into it because we have good taste. But there is this gap. For the first couple years you make stuff, it’s just not that good. It’s trying to be good, it has potential, but it’s not. But your taste, the thing that got you into the game, is still killer. And your taste is why your work disappoints you. A lot of people never get past this phase, they quit. Most people I know who do interesting, creative work went through years of this. We know our work doesn’t have this special thing that we want it to have. We all go through this. And if you are just starting out or you are still in this phase, you gotta know its normal and the most important thing you can do is do a lot of work. Put yourself on a deadline so that every week you will finish one story. It is only by going through a volume of work that you will close that gap, and your work will be as good as your ambitions. And I took longer to figure out how to do this than anyone I’ve ever met. It’s gonna take awhile. It’s normal to take awhile. You’ve just gotta fight your way through.”

It’s such a useful insight for creative work. It’s also a broader lesson that the thing that will be your ultimate strength can be, during a transition phase, a weakness that you have to overcome. Having great taste is ultimately something that will make your work great, but in the short-term, when you are beginning to learn a craft, that same taste tells you that your work is worthless. Your taste makes it hard to persevere through the practice and master the craft to a level a worthy of your own taste. To make it through that phase, you have to let some bad work happen—your own—and have faith that the process will improve it over time.

Something similar happens often when making the transition from a maker to a manager. Credit to Paul Graham for pointing out some important differences between makers and managers in the modern workplace. Although in this instance I’m not talking about scheduling, but taste or something like it.

Most of the people I know who are now managers, didn’t go to business school and train to be a manager, they started as makers. They started as founders, doing all the making at a company they created from nothing, or they started as key individual contributors, the first marketer/designer/developer at a small organization. Over time the organization grows, to hit its goals it needs a design team and an engineering team, and so talented individual contributors start hiring, resourcing, planning and managing.

And here is the most important skill I know for making this transition smoothly and effectively: